Owning a plane can be fascinating, but the latest COVID crises have made isolation more comfortable for people. They have learned how to enjoy their own company, and this thing has increased caravanning popularity. When you start caravanning, adventures become a part of your life.

Yes, you can convert a plane into a caravan. This may seem impossible, and due to this, the procedure is a bit technical. But with the help of a professional or training, you can easily do it yourself.

Curious to know more about converting a plane into a caravan? Then, continue reading this post. We have covered here all that you must know before working on your plane to caravan conversion project. 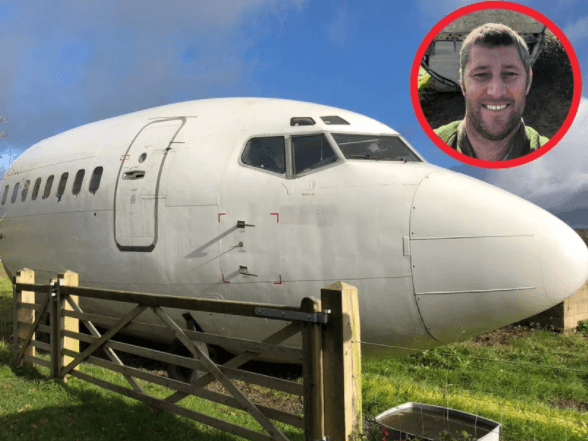 The idea of converting a plane to a caravan may have crossed the mind of many caravanners. But the first person who turned his dream into reality was Steve Jones. He worked as a technician in the Royal Air Force. After he retired from the Royal Air Force and started staying at home, he decided to convert a plane into a jet.

Steve started working for his dream to build a caravan for his family in North West England. The work began in January 2020 with an empty jet engine. He was already working as a camper van and camper trailer technician for over a decade. But he didn’t have experience of working on a plane to convert it to a caravan. It was his first try, but an experience with camper vans and trailers helped him a lot. So, if you want to do it yourself, ensure that you have the required skillset, or you can hire a professional.

This idea of converting the jet engine to a caravan came to John’s mind in 2013. He came to know through one of his friends that the Royal Air Force has decommissioned one VC10 jet plane. He thought that he could transform one of his engines into a trailer or a caravan if he ever got the opportunity to purchase it.

This opportunity knocked at his door when the Air Force announced decommissioning one of the VC10 jet planes. He thought that he would convert one of the plane’s engines into a caravan if it ever got on sale.

After a long wait of six years, he was finally able to purchase one of the plane’s engines. Steve mentioned that many people were shocked by sight when he drove the plane from the scrapyard to his barn. A four-meter plane engine on the roads made people think it was an impossible task. No doubt, the work was technical and required a lot of effort.

He began the work by cutting off all the wires, clips, and pipework from the plane. Then, he removed the plane’s tires and flattened the bottom to fix the chassis for transporting it anywhere. After this, he worked on the windows and doors and designed them as per the size required in the plane.

The most challenging part of this was to line up the plane’s interior with plywood due to the curved shape of the plane. After he was done covering the interior of the plane with carpet lining, he put all his efforts into making the caravan or trailer habitable. For this purpose, he installed a mini kitchen with all the required equipment. He also left a space for a display shelf on the opposite wall. Moreover, he also made space for a dining area or lounge that can be easily converted to a sleeping area.

Hence, the caravan designed from a plane engine can serve as a full-time holiday home for him and his family. Steve Jones himself calls this conversion of a plane to a caravan his “craziest project to date.” It’s valid to a considerable extent as it requires dedication, hard work, and professional-level skills.

How Long Does It Take To Convert A Plane Into A Caravan?

The time that Steve invested in converting a plan into a caravan was approximately 1000 hours. He started working on this in January and ended it in mid-March 2020. However, the time you’d need for this can vary considerably depending upon many factors. These may include your skill level, the effort you’re putting in, and the availability of the materials. 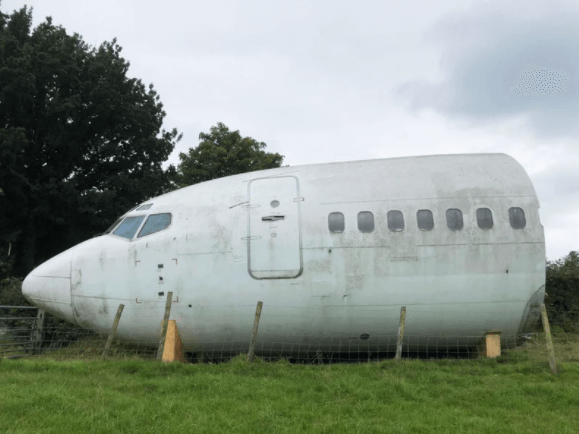 How Much Does It Cost To Convert A Plane Into A Caravan?

Apart from the purchasing cost of the plane engine, the renovation project cost him almost $7200. This includes all the expenses from the start till the end. By spending this, Johns is getting a good profit out of this project. He has offered to purchase this unique caravan for more than $31,000.

If we say that caravanning is another name for experimenting, then it might not be incorrect. Caravanners love to try out new things, and that’s why most caravanners want to know can I convert a plane into a caravan?

Though it seems impossible and crazy, the answer is in your favor. Yes, you can convert a plane into a caravan. The process is technical and will require professional-level skills or help from a professional to avoid any mistake.

Steve Jones, a stay-at-home dad, build one such caravan for his family holidays. He took a decommissioned VC10 jet plane engine and modified it to convert it to a caravan. He began the work by making the engine ready to be loaded on the chassis. Then he designed the doors and windows and planned an interior.

The whole process consumed almost 1000 hours and $7200. The caravan is not in use for holidays of Johns Steve’s family due to COVID restrictions. But it’s a successful attempt and will be in use after this pandemic ends.