When you think of Europe, every person in the world gets a different association, some think of the beautiful seas, some thinks of the Eiffel Tower and beautiful Paris, the canals of Venice, nights in Amsterdam.

Perhaps a vacation in the most beautiful cities of Croatia or Italy, ones who like winter and winter sports immediately think of Alps and fans of football think about all the big football clubs that Europe has given to the world.

Besides everything listed here, Europe has so much more to offer so the question

A completely normal question considering how diverse and cultured Europe is as a continent. Once you realise that three months certainly isn’t long enough to travel Europe that leads to the important question:

Can I Stay In Europe Longer Than 90 Days?

Yes you can stay in Europe longer than 90 days, legally.

The Schengen Area is comprised of 26 European countries that have officially abolished all passport checked and all other types of border control at their mutual borders.

Being an element within the wider area of freedom, security, and justice policy of the EU, it mostly functions as a single jurisdiction under a common visa policy for international travel purposes.

The name “Schengen” comes from the small winemaking town and commune of Schengen in far southeastern Luxembourg, where France, Germany, Belgium, Luxembourg, and the Netherlands signed the Schengen Agreement.

The Schengen Area has a population of almost 420 million people and an area of 4,312,099 square kilometres.

What Is The Difference Between Schengen And The European Union?

The European Union (EU) is a political and economic union with its parliament – political structures – and governance whereas the Schengen Agreement is a treaty that allows for the free movement of people between participating countries.

Which Countries Are Not Part Of Schengen?

Romania, Bulgaria, Croatia, and Cyprus are EU members who plan to become Schengen countries but are not Schengen members at the time of publishing.

How To Stay Longer Than 90 Days In Schengen Europe

To be honest, it is not easy, but it is possible, and here are a few ways how to:

Not as scary as it sounds. Europe is bigger than the European Union and Schengen countries. Non-EU countries have so much to offer and in each of those countries, foreign people are allowed to stay up to 90 days.

Here are some of the countries that are in geographic Europe but outside of Schengen: 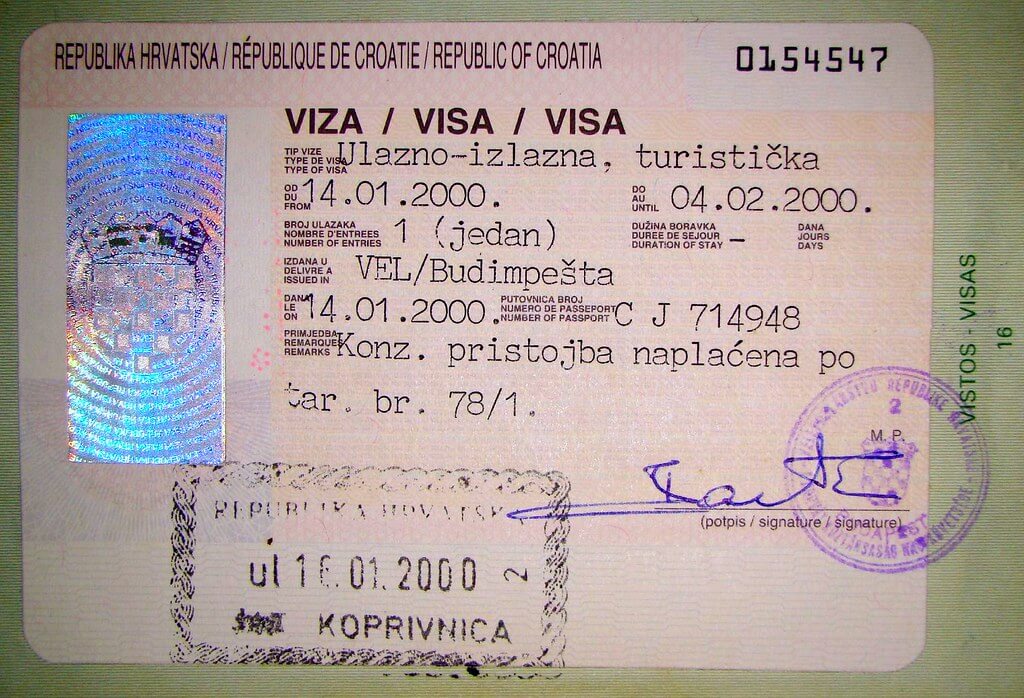 Croatia is one of the countries that is part of the European Union but still not part of Schengen.

Croatia has no visa requirements either, however it is worth noting that if you have a Schengen ban then you cannot lawfully enter Croatia.

Bosnia and Herzegovina is a beautiful non-EU country that has to offer so much.

Bosnia and Herzegovina has some of the most breathtaking natural sights in the world. From emerald green rivers to fascinating Ottoman architecture, this Balkan country has it all and should be one of the places to visit at least once in your lifetime. Bosnia is a multi-ethnical country and is spoken 3 native languages: Bosnian, Serbian, and Croatian.

In Bosnia and Herzegovina, without a visa, foreigners can stay up to 90 days.

You now have to countries both within Europe than you take enter for up to 90 days. Heck, why not have 90 days within Schengen, 90 days in Croatia, 90 days back in Schengen, then go for 90 days in Bosnia and Herzegovina.

I can certainly think of worse ways to spend a year travelling Europe!

Serbia is a landlocked country in Southeastern and Central Europe, situated at the crossroads of the Pannonian Plain and the Balkans. It shares land borders with Hungary to the north, Romania to the northeast, Bulgaria to the southeast, North Macedonia to the south, Croatia and Bosnia and Herzegovina to the west, and Montenegro to the southwest.

Servia also claims a border with Albania through the disputed territory of Kosovo. Its capital city is Belgrade, which is listed as one of the most beautiful cities in the world.

In Serbia, as well, foreigners can stay up to 90 days without a visa. 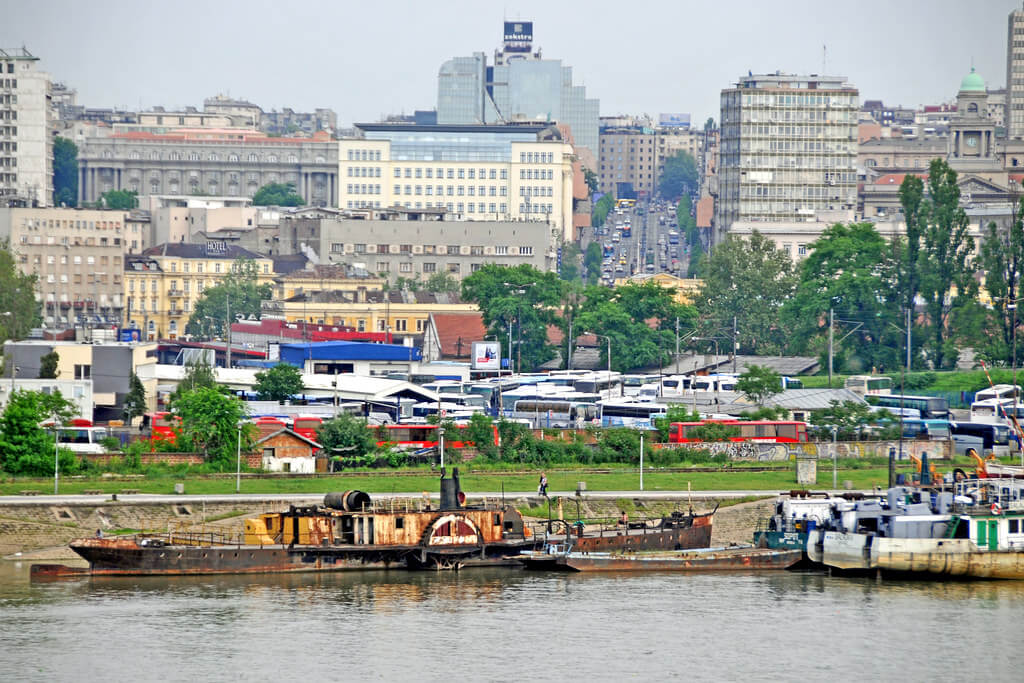 The capital and largest city are Podgorica. This country has so much to offer, as well, Budva is one of the cities famous for its nightlife, Saint Stefan, a small island which the biggest Hollywood celebrities visit for vacation, and Ulcinj which has long sand beaches.

Ulcinj is based on one of the longest beaches in Europe, that has 25km in length with beautiful sand and crystal clear water.

Without visas, foreigners can stay up to 90 days in Montenegro.

Albania is a country in Southeastern Europe. It is located on the Adriatic and Ionian Seas within the Mediterranean Sea and shares land borders with Montenegro to the northwest, North Macedonia to the east, and Greece to the south.

Tirana is its capital and largest city, followed by Durrës, Vlorë, and Shkodër. Albania has been inhabited by different civilizations over time, such as the Illyrians, Thracians, Greeks, Romans, Byzantines, Venetians, and Ottomans.

U.S. citizens generally are allowed to stay in Albania for up to one year without a residence permit.

The Albanian authorities require anyone staying longer than 90 days to apply at a local police station for a residence permit.

Turkey is a transcontinental country located mainly on the Anatolian Peninsula in Western Asia, with a small portion on the Balkan Peninsula in Southeast Europe.

Cyprus (another non/Schengen European country) is located off the south coast.

Ankara is Turkey’s capital, while Istanbul is its largest city and financial centre. Istanbul is a city that is with its half in Europe and half in Asia. Diplomatic and ordinary passport holders (British citizens) are exempted from visas for up to 90 days in any 180 days.

Service and special passport holders are required to have visas to enter Turkey. UK passport holders with “British National Overseas”, “British Subject” and “British Protected Person” nationality are subjected to visas and they can only get their visas from the Turkish diplomatic or consular missions abroad.

Get A Residence Permit For Schengen

Every country that is part of the European Union has the rule that while the person is awaiting a response to their application for a residence permit they are permitted lawful right to remain in that country.

A residence permit confirms the right of a foreign citizen to live in the territory of the state and enter the country without a visa.

To obtain a residence permit, you need to meet the conditions that are prescribed in the migration policy of the chosen country.

There are typically two types of residence permits: temporary permit and permanent residence.

A temporary residence permit must be renewed, for example, every year.

Permanent residence does not expire. You only need to renew the ID card every five years. Permanent residence holders have almost the same rights as citizens of the state, the only difference is that they can not participate in elections.

In most countries after 5 years of renewing a temporary residence permit and staying more than 8 months per year without leaving the country, a person can submit for permanent residence.

Other ways how to get a residence permit in Europe are:

Buy real estate. There are special programs in European countries, the minimum investment is above €250,000.

Invest in the economy. This method is officially offered by every country in Europe.

Reunite with the family e.g.parents.

Science. This residence permit is obtained by foreign employees who have entered into a contract with an organization and will conduct scientific research for it.

Prove worth. This type of residence permit is for special services to the state or volunteer work.

How To Apply For A Residence Permit In A Schengen Country

When a person wants to submit an application for a residence permit, the best way is to do that while in the country.

Why? Because it is faster (application goes directly and not through consulat so waiting period is much shorter) and all the period while waiting for a response, a person can stay in the country.

• One photo according to the Schengen photo rules

• Proof of income. This could be your work contract, bank statements, pay slips, etc.

• Proof of Accommodation. Submit a rental contract or home ownership document, which also indicates the area of your place

• Proof of paid residence permit submitting fee. (The costs for an EU residence permit differ from one EU country to another. The countries charge applicants as much as their nationals pay for their identity cards)

*Please note that these are only the common requirements for the EU countries. Some of them have a few additional requirements, which may change from one category of applicants to another, but these listed are necessary for all countries.

An insufficient explanation for the purpose and circumstances of the planned stay.

Failing to present an employment and professional qualification that matches the presented financial situation.

Incapacity to provide documents that support the purpose of travel and stay in the Schengen Area.

Failing to apply for a visa period in conformity with the presented travel itinerary and holiday rights or revenue situation.

A reason for a visa refusal could be presenting a passport that is not kept in a good condition. Such cases can be when passport pages are detaching or missing when the cover of the passport is damaged and so on.

Presenting a passport that does not have a valid period less than three (3) remaining months after the return from the visit to the Schengen Area.

Presenting a passport that does not possess two different blank visa pages.

Missing to a stamp and signature of the author on the formal letter.

Failing to offer financial statements not older than one (1) month from the application date.

Failing to prove enough funds in the financial statements presented.

Failing to offer a certificate endorsed by official authorities, i.e. Ministry of Interior.

Not being able to offer a certificate that matches the names of the parties presented on the submitted passports.

Failing to provide a travel insurance cover in the anticipated amount.

Lacking provide travel insurance that does not cover the return of the candidate to the home country.

What Happens If You Overstay 90 Days In Schengen?

If a person stays longer than the permitted allowed 90 days in Schengen and did not apply for a residence permit or does not have some other legally recognised reason to stay longer, will have some serious consequences.

Consequences of overstaying in Schengen can include deportation, fines, and entry banks. This of course varies from country to country.

Most Schengen overstays are detected by:

Random control on the street. For example, a person nicely walking and a police officer stops and asks for an ID or passport, something quite common amongst EU countries.

If a person makes some criminal act they will be required to show ID, typically your passport which should prove your right to be in that country 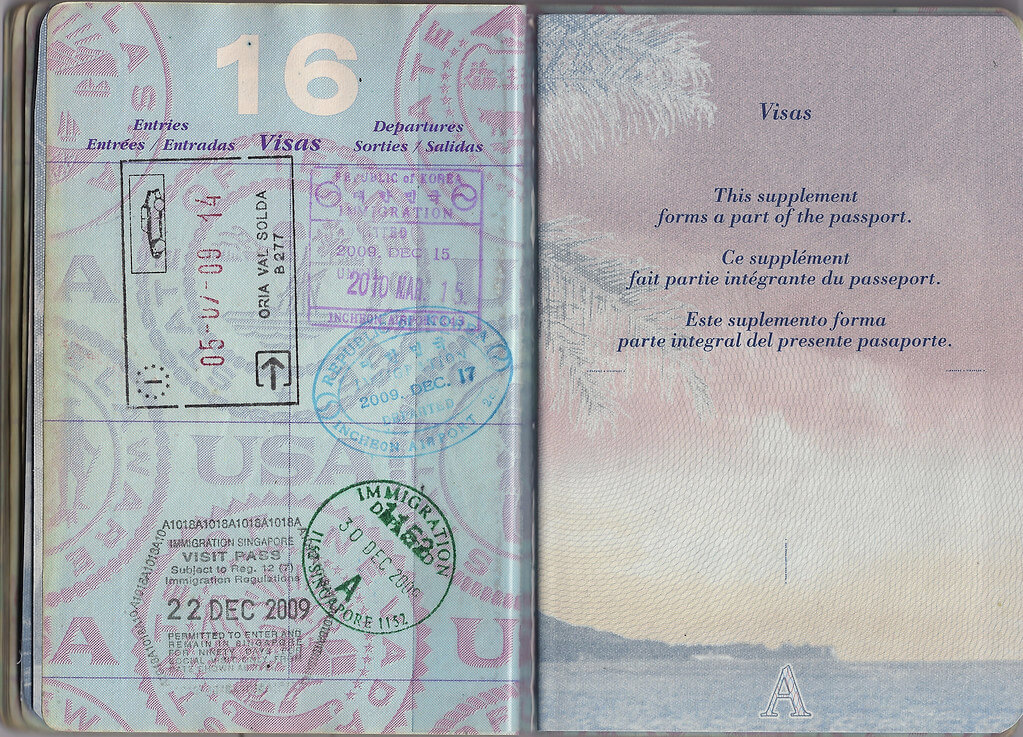 How To Calculate My Schengen Entitlement

The easiest way to track days spent in Schengen is by one of the many online Schengen calculators. There’s an official EU one at https://ec.europa.eu/assets/home/visa-calculator/calculator.htm?lang=en.

This calculator is 100% accurate and very easy to use. Simply enter all previous dates of entry to the Schengen area and you’ll be shown a guide of how many days remain.

Enjoy your trip to Europe, you’ll have a great time.