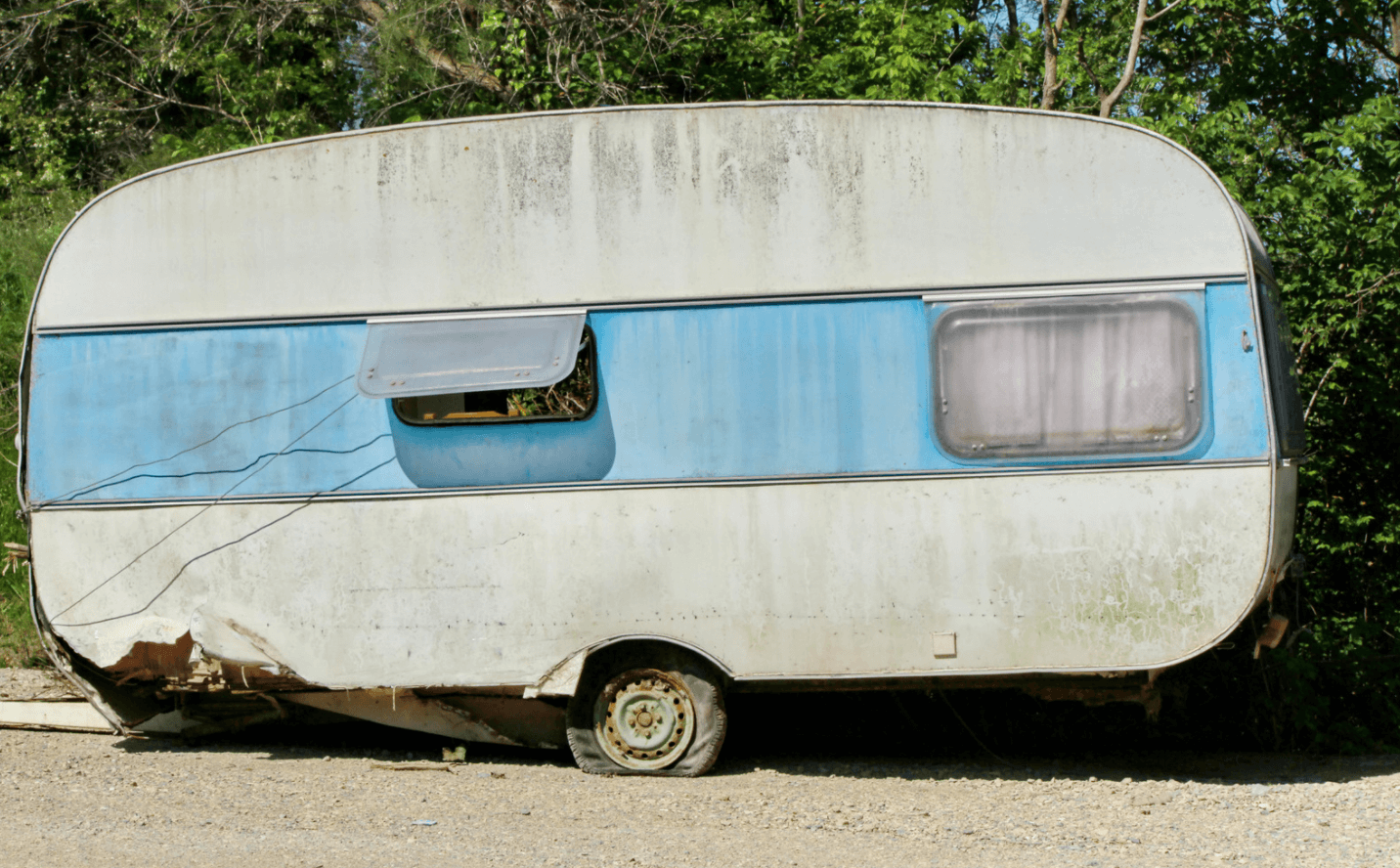 When accidents happen on the road, many drivers continue driving, risking further damage to their car or caravan. This can lead to future problems with mechanics if they are not aware of the damage. Caravanner Finn Mackenzie claims he could fix his dented caravan using a type of force that makes dent removal easy without resorting to calling a professional.

Finn’s caravan had a large dent on the right-hand side, and as he could not get it fixed through his insurance, he attempted to remove it himself and became his own caravan dent repair man!

He used a plunger by putting the plunger over the dent and pushing and pulling until the dent popped out. This can be a dangerous method because the plunger can cause more damage to your car or caravan if you are not careful with it.

The safest way to remove dents from a caravan is by using specialist tools.

If you cannot remove the dent yourself, some professionals can do this for you. However, if you take your car or caravan to a professional, they may not be able to guarantee that the dents will not come back.

Finn’s caravan is now dent-free and has helped spread the word on how easy it is to remove them yourself if you have the necessary tools. If you consider removing a dent yourself, remember to be careful when using tools such as plungers so that you do not cause more damage than what was already there.

If you are not comfortable doing this yourself, seek professional help and be sure to ask questions about how likely it is that the dent will return. 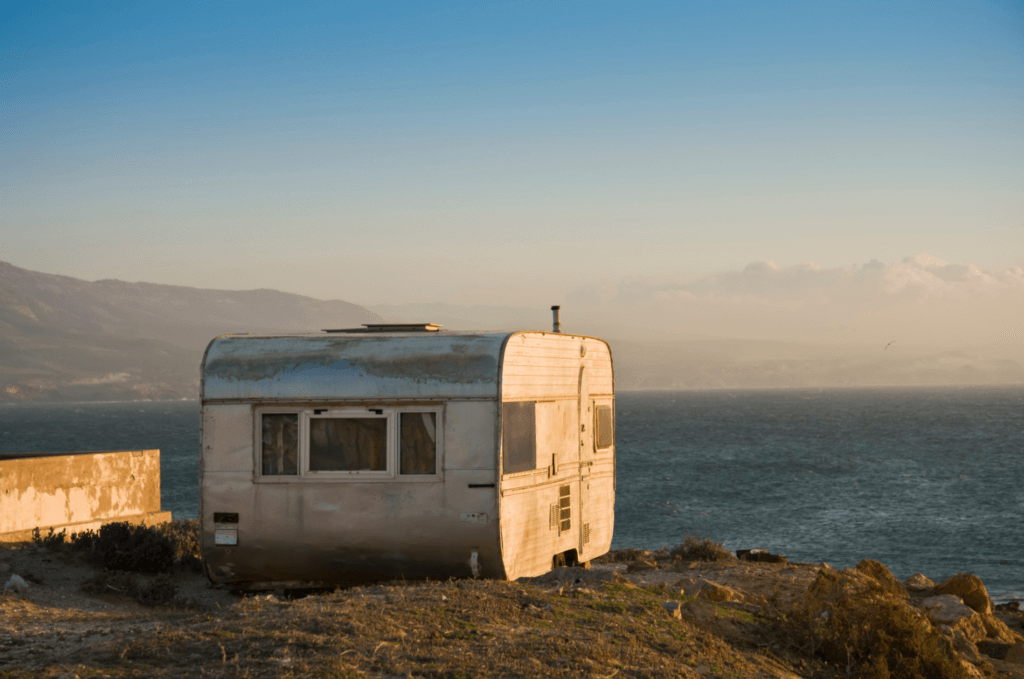 Do It Yourself Caravan Dent Removal Methods

The first method uses a blowtorch to heat the panel and afterwards a cold liquid. The second method is using a custom dent extraction kit with hot glue and a plastic pad. Finally, a screw insertion method, in which a screw is inserted into the dent, which is then pulled out using pliers. After that, remove the screw and patch the hole to apply body filler later.

Only a little test dent was removed by carefully heating the panel with a gas flame held at a distance, then wiping it down with a damp towel. Aluminium sheeting can quickly melt or blowholes; thus, this is not a suggested repair method.

The kit includes glue sticks, a hot glue gun, and three threaded plugs, as well as a knurled nut and a bridge to attach to each plug to take out the dent.

Heat the glue present in the gun, apply it to the appropriate-size plug’s face and fix it to the cleaned dent. Using the knurled knob, tighten the bridge over the thread after three minutes. The plug either pops off on its own or is freed by applying pressure from an angle once the dent is gone.

This approach is quite simple; however, it does not eliminate all dents and provides ideal results. On sharper divots, such as hail damage, the kit may be unable to apply the pulling force required to repair the stretched aluminium sheeting, and even less acute dents may remain wrinkled.

The major dents do pull out, but not totally. This approach works best on slightly caved-in areas of huge panels.

Another alternative is to use a plastic cap and a hot glue gun, such as those found on aerosol cans. To increase adherence, drill a half-dozen small holes in the cap so that it becomes easy for the glue to seep through, finally, apply hot glue to the dent.

When removing the cap from the van, it is simple to acquire grip with your hands and ease the cap off and the dent out.

On the other hand, large dents are easiest removed with a pair of pliers and a screw. A modest amount of sealant, such as Sikaflex, is required.

Will Heat Pop Out Hail Dents?

Place your car in a sunny spot. The metal will expand as a result of the heat. The little dents will pop out when the metal expands. If you aren’t in a particularly warm location, using nature’s oven will take longer. Dents should be treated using hot air. You can use a hairdryer if you can’t expose the caravan to the sun’s heat.

Hold the hairdryer at a distance of 5-7 inches from the dents for intervals of 2 mins. Make sure you don’t touch the dryer with the automobile.

Dry ice should be applied to the dents. The dents should pop out due to the dramatic shift in temperature. Wear gloves while holding dry ice since it can harm your skin. To quickly chill the dented area, move the ice around it.

No one wants their motorhome or caravan to be destroyed, but it’s an unavoidable part of the lifestyle, especially if you’re touring.

When it comes to the ups and downs of caravanning, mistakes can cost you a lot of money. Suction and special instruments that handle metal securely can be used to ‘pop out’ small dents in aluminium or steel.

Small dents in fibreglass can be repaired with resin and sanded to give a flawless finish. You’d never know there was a ding. Because of the larger surface area involved, huge dents are more difficult to repair.

With a puller repair kit or a caravan dent repair kit, most large dents will need to be manipulated and ‘beaten’ back into shape.

There are many reasons why someone might want to undertake a caravan dent repair on their own. The primary reason is that they may not have the time or money to take it to a professional but need the dents repaired urgently; the DIY methods can always help.