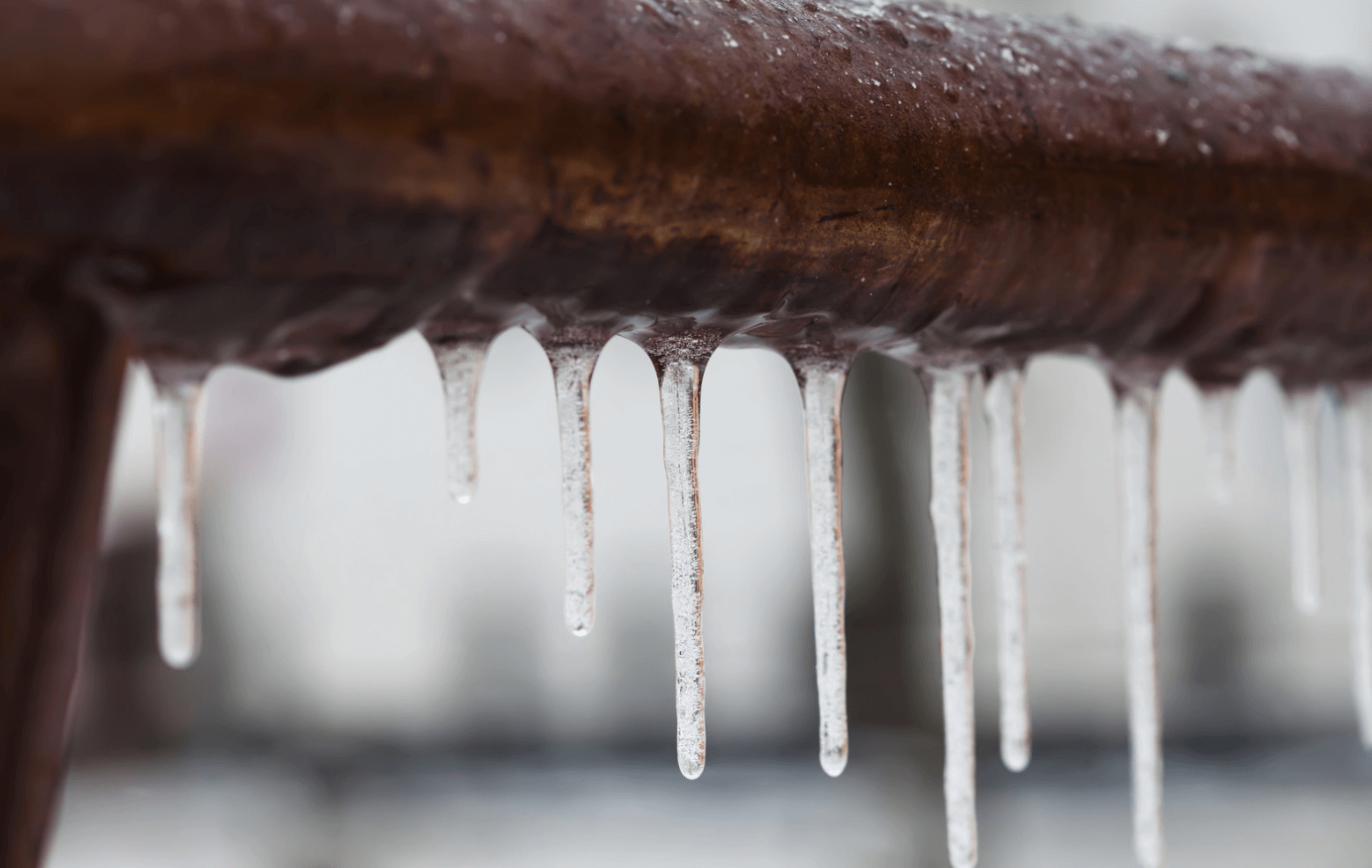 Caravans, like people, are vulnerable to the elements and require extra care during the winter. If you don’t take precautions, you could end up with burst pipes, mold, or even rodents in your wonderful property. Winter preparations can be intimidating if you are a first-time caravan owner.

To prevent damage from frozen or broken pipes, as well as other cold-weather concerns, it’s critical that the caravan is prepared properly for winter and thoroughly “drained down.”

Unlike domestic homes, which have relatively little exterior exposed pipework and are inhabited all year, a vacation home is typically left open to the elements for significant periods during the winter, and as a result, is considerably more vulnerable to catastrophic damage if the temperature drops dramatically.

Cold weather is one of the most common causes of broken pipes. During freezing conditions, water in visible pipes freezes and expands, causing pressure to build up and the pipe to burst. The water surges out when the ice thaws.

Use one or more of the following strategies to keep your caravan pipes from freezing in the winter:

The concept is that this thin substance can be used as insulation in tight locations where thick fiberglass insulation cannot be used.

The introduction of a heating plate in the grey water tank is one of the most pleasant options. This heating plate is self-adhesive and is attached to the tank’s bottom. When the temperature drops below three degrees, the thermostat activates the resistance.

Remember to clean the area where the plate will be fastened carefully before installing it. To connect it, look for a mass or negative and a direct positive to the battery so that it continues to operate even if the contact is removed. It’s also possible to include a disconnect switch.

It’s a good idea to leave the grey tap open and gather them with a pail or an external tank if you’re somewhere where you can empty it. As a result, it does not collect, and the caravan pipes do not freeze.

Antifreeze liquid is squirted into the water tank by certain persons. Don’t even consider it! We understand its enticing, but these engine fluids are extremely polluting. They can’t be flushed down the toilet!

It is advised that you leave your caravan tilted at the campsite for the winter so that the water from the drains flows to the waste tank and does not stagnate in the pipes.

The most common reason for pipes to burst in the winter is that when a pipe full of water is chilled to the point where it freezes, the volume of the water increases, causing pressure on the interior of the metal pipes, which, if severe enough, may finally shatter the pipe.

The water would cease coming out of the tap if there was no time to prevent the caravan pipes from freezing. It is not advisable to thaw them using hot water to restore the supply because this could cause the pipes to rupture.

In that instance, dry heat should be applied to both the pipe and the meter. It’s a good idea to use a hairdryer to apply it.

Wrap some old clothes or towels around any visible pipes, fixtures, or other spots that you believe are prone to freezing. Make sure it’s securely wrapped and won’t blow away during a storm. Wrap the towel in duct tape for the greatest results. 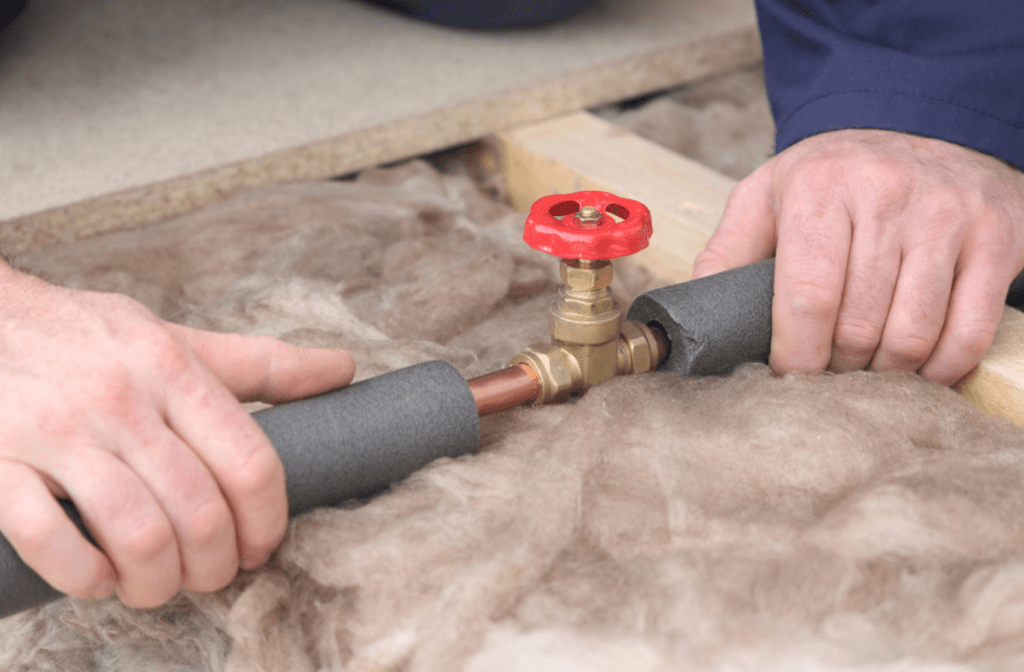 How Are Pipes Kept Warm In The Winter?

Here are some suggestions for keeping your pipes warm in the winter:

Wrapping the pipes with heating tape or paper to keep them warm.
To keep cold air out, insulate all of your water pipes.
Drain pipes should be insulated and heated.
Allow the water to flow for a few moments.

Why Must Water Pipes Be Protected From Freezing?

Water pipes must be protected from freezing since ice pipes can trigger a sudden emergency in chilly winter climates. The frozen water expands and breaks the pipes, allowing water to escape through the cracks when they thaw.

More insulation might be applied to the walls and ceilings to make the pipes warm. Insulation can assist a pipe to stay near to the water temperature inside it, but it does not provide heat to the pipe and will not keep it from freezing if it is exposed to cold conditions for an extended time.

How Cold Do Pipes Have To Be Before They Freeze?

The lowest temperature has to be 32 F or below 0 degrees centigrade for the caravan pipes to freeze for a long period.

What Can Be Done To Keep Pipes From Freezing?

A sprinkle of hot and cold water should be required to keep the pipes from freezing. Allow the warm water to drip overnight, ideally from an outside wall faucet. Maintain the same temperature throughout the day and at night. 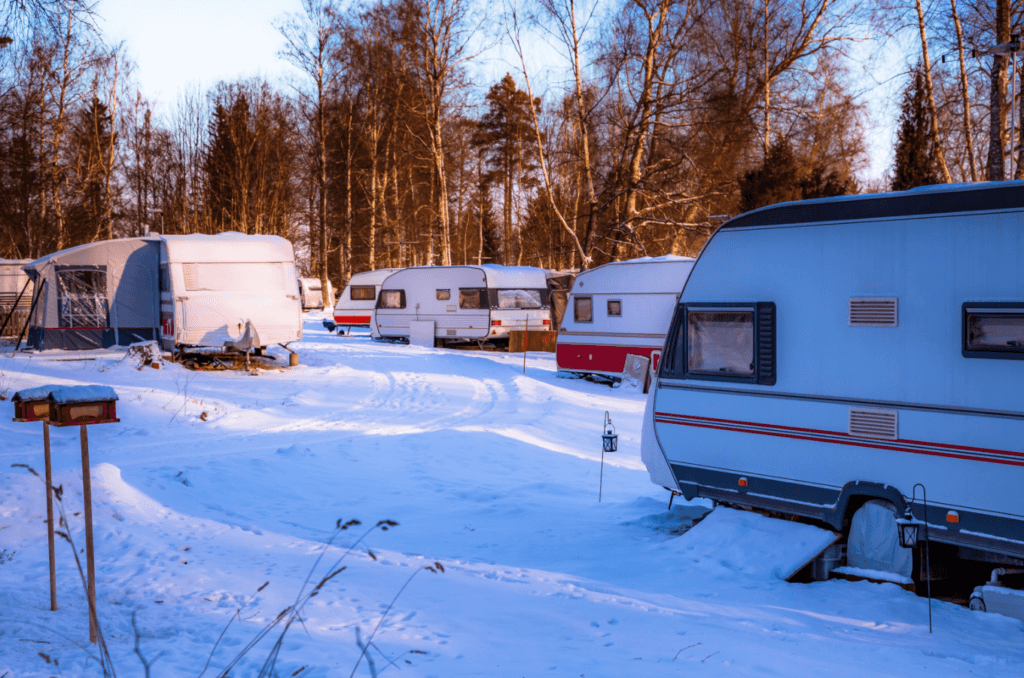 Your caravan’s pipes may freeze owing to ice, resulting in a probable blowout due to material deterioration. And it’s important to maintain your pipes shielded from sub-zero temperatures if you want to have a peaceful winter and avoid costly breakdowns.

Frozen pipes are an issue in cold and hot climates, and families are affected each winter. This can develop in both copper and plastic pipes in static caravans. You can also limit the chance of frozen water mains causing property damage by following the steps outlined above.

1 thought on “How To Stop Caravan Pipes Freezing”