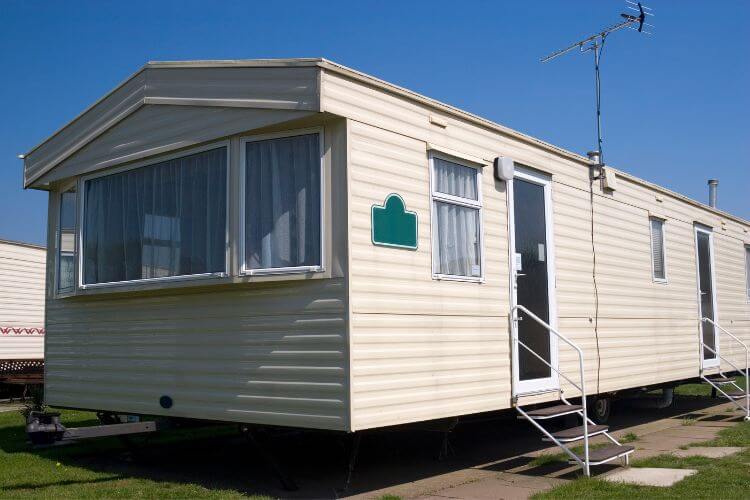 Caravans in varying sizes and shapes and hence have different weights. Whether you own a static or a touring caravan, knowing how much it weighs is significant and can be helpful in many ways.

So, if you have a static caravan and wondering how much it weighs, here is all you need to know.

Why should I know the weight of a static caravan?

The most obvious reason why people want to know the weight of a caravan is when they want to tow it and want to determine if their vehicle is capable of towing the vehicle or not.

However, that is not the case with the static caravan since they remain in one place and do not need to be hauled from one place to the other.

But if you want to move it from one location to another, it would be helpful to know how much the caravan weighs, so you can plan how to move it.

The most common reason why people may want to relocate the caravan would be worsening weather conditions in the existing place.

Alternatively, the ground where the caravan is perched on a certain site may have softened, and you may want to move it before it gets stuck.

However, static caravans, unlike touring caravans, are usually much heavier and bigger since they offer more space and amenities.

Hence they must be transported via an electric tow tug, loaders, or tractors with fork extensions. It is a challenging task and is best done by professionals.

Having a rough idea of how much it weighs may help you determine which would be the best possible way forward.

Similarly, if you want to have the caravan moved to a certain place, knowing its dimensions may help you assess whether the site is accessible for the caravan and that it can be safely delivered to the specified place.

How much does a static caravan weigh 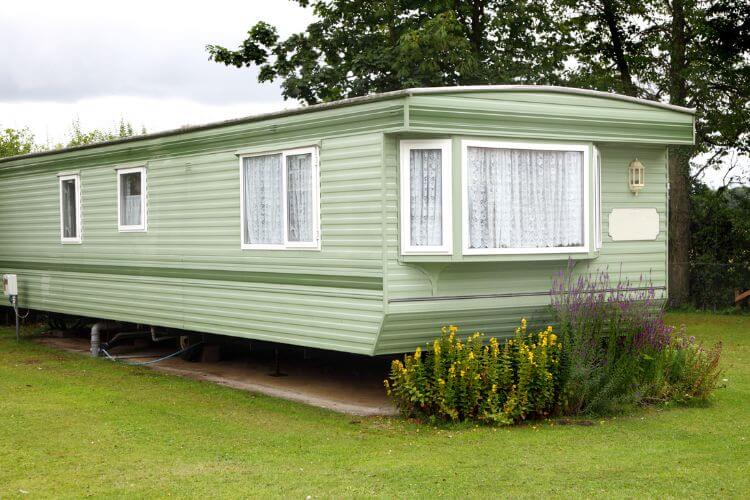 Generally, a static caravan can weigh anywhere between five and eight tonnes. The number would, of course, vary depending on the size of the caravan, the material used in manufacturing, and the appliances and gear installed in the caravan.

Similarly, the furniture and such equipment also contribute towards the variance in caravan weight.

You can usually find out the exact weight of the caravan from the caravan manufacturer. They are the best go-to person if you want to have the exact idea.

Now that we have a general idea about the weight of a static caravan and have established that caravans come in different shapes and sizes let’s look at some of the abbreviations you may come across when looking for the caravan weight.

These may come in handy when figuring out the weight limit of the caravan.

Firstly we have MIRO, which is short for Mass in Running Order. It means the minimum weight for a working caravan in running order.

Then we have MTPLM, which is short for Maximum Technically Permissible Laden Mass. It means the maximum weight that the caravan manufacturer considers safe to be loaded on it.

You may notice that the MTPLM figure is higher than the MIRO. It is because while MTPLM indicates the maximum allowed weight when the caravan is loaded, MIRO is the minimum possible weight of the caravan.

In short, MTPLM and MIRO are the caravan’s maximum possible and minimum weight, respectively.

You can use the difference between the two numbers to get an idea of the caravan user payload, i.e., the added weight of your luggage, added furniture, accessories, groceries, and other such elements that you may want to load in the caravan for your use.

Another piece of information you may want to consider is the caravan noseweight. Although it is mostly considered when you want to move the caravan to a new place, you may find it useful.

Noseweight is the maximum force that the caravan exerts on the towing vehicle’s tow bar.

How heavy is an average caravan? 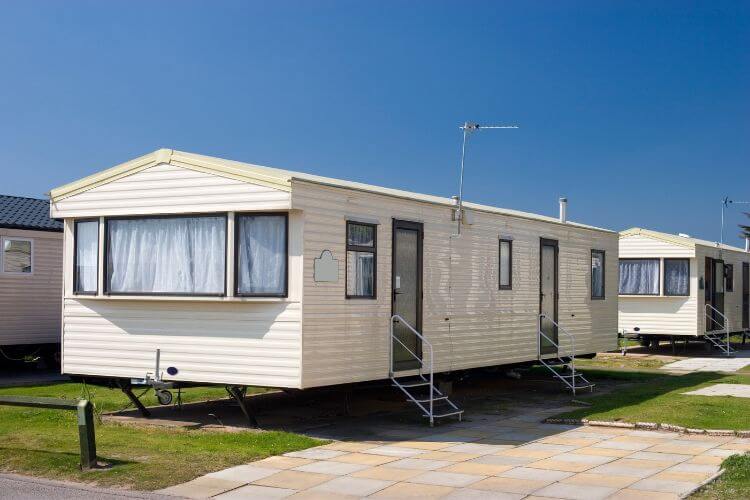 The weight of a caravan varies depending on its size and the number of berths or sleeping areas in the unit.

A touring caravan with two to four berths can weigh around 800 to 1300kgs, while a longer four to six-berth caravan would weigh between 1,300 and 1800kgs.

On the other hand, the weight of a static caravan can be anywhere between five and eight tonnes, i.e., 5000 to 8000kgs.

What can pull a static caravan?

Static caravans are considerably heavier than touring caravans, and using a regular towing vehicle may not be effective or safe.

In this regard, one very effective option is an electric tow tug.

It can safely and easily tow the caravan and transport it from one location to the other across various terrains.